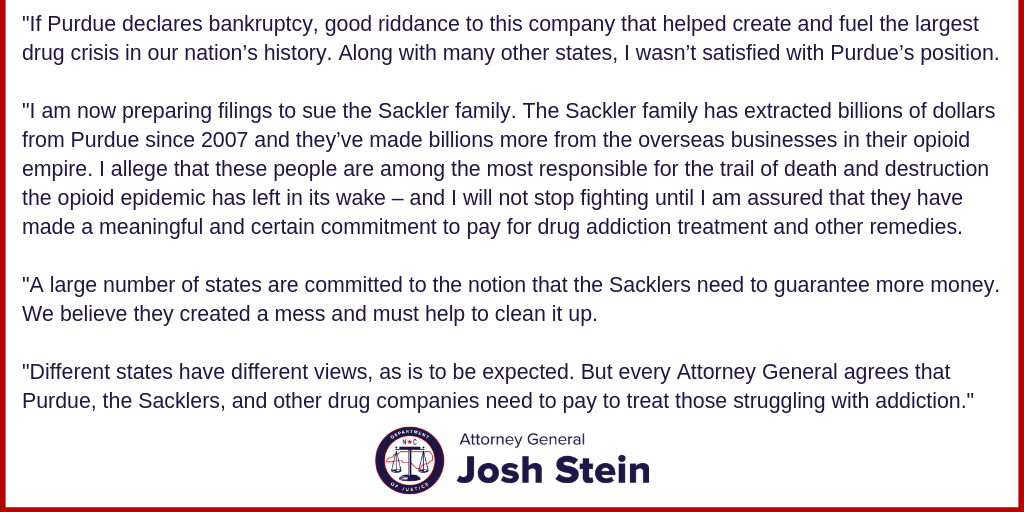 “If Purdue declares bankruptcy, good riddance to this company that helped create and fuel the largest drug crisis in our nation’s history. Along with many other states, I wasn’t satisfied with Purdue’s position.

“I am now preparing filings to sue the Sackler family. The Sackler family has extracted billions of dollars from Purdue since 2007 and they’ve made billions more from the overseas businesses in their opioid empire. I allege that these people are among the most responsible for the trail of death and destruction the opioid epidemic has left in its wake – and I will not stop fighting until I am assured that they have made a meaningful and certain commitment to pay for drug addiction treatment and other remedies.

“A large number of states are committed to the notion that the Sacklers need to guarantee more money. We believe they created a mess and must help to clean it up.

“Different states have different views, as is to be expected. But every Attorney General agrees that Purdue, the Sacklers, and other drug companies need to pay to treat those struggling with addiction.”