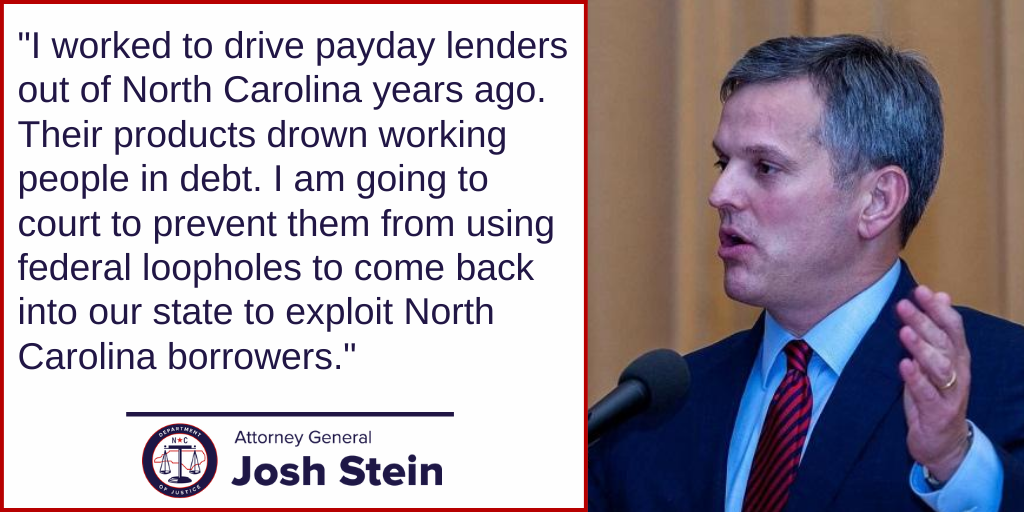 “I worked to drive payday lenders out of North Carolina years ago,” said Attorney General Josh Stein. “Their products drown working people in debt. I am going to court to prevent them from using federal loopholes to come back into our state to exploit North Carolina borrowers.”

In the lawsuit, the coalition argues that the FDIC’s final rule conflicts with the Federal Deposit Insurance Act, exceeds the FDIC’s statutory authority, and violates the Administrative Procedure Act. Additionally, the lawsuit asserts that the FDIC failed to consider and address the negative effect that its final rule has on consumer financial protections by facilitating predatory rent-a-bank schemes. Attorney General Stein previously criticized the proposal in February.