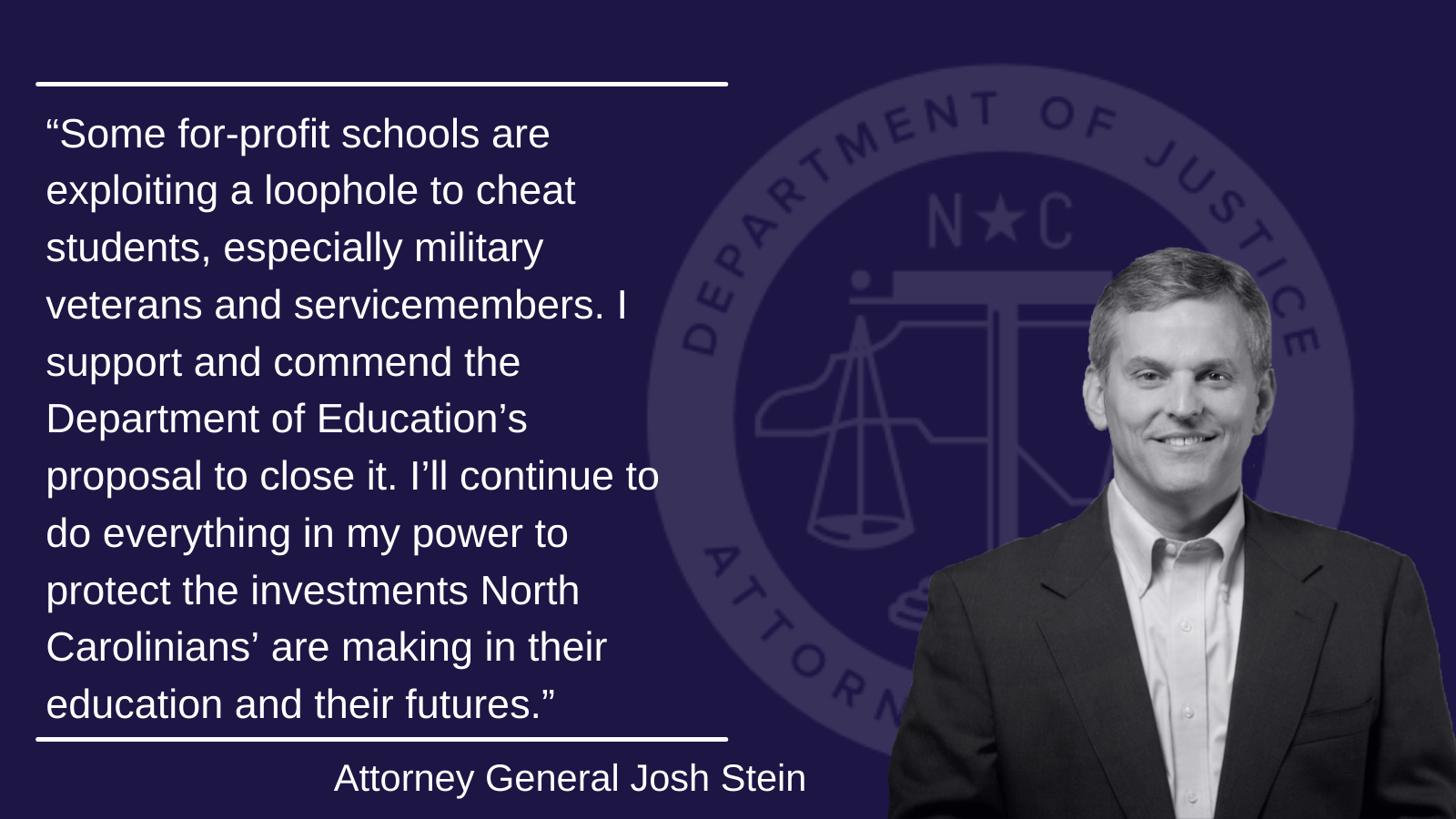 “Some for-profit schools are exploiting a loophole to cheat students, especially military veterans and servicemembers,” said Attorney General Josh Stein. “I support and commend the Department of Education’s proposal to close it. I’ll continue to do everything in my power to protect the investments North Carolinians are making in their education and their futures.”

The Department proposed changes to close a dangerous loophole in the 90/10 Rule and eliminate financial incentives for schools to aggressively target members of the military. Because the Post 9/11 GI Bill made billions of dollars in new educational revenue available for veterans and their families, a market of potential paying students emerged for schools looking to exploit and maximize financial aid. While taxpayers funded these new benefits administered by the VA, none of these dollars counted towards schools’ 90 percent cap on federal funding. According to the letter, the “90/10 loophole” not only undermined the purpose of the rule, but it created perverse incentives for abusive and low-quality programs to target recruitment at servicemembers and veterans.

While Attorney General Stein and a coalition of 21 attorneys general also applaud the Department for addressing the risks associated with for-profit to nonprofit conversions, they urge additional measures to ensure that the Department is not “inadvertently creating loopholes that are subject to abuse by institutions with problematic financial incentives.” A report published in 2020 found that 75 percent of institutions converting from for-profit to nonprofit status between January 2011 and August 2020 were sold to entities that have never before operated education institutions. One third of these transactions involved some level of “insider involvement,” raising the risk of continued financial entanglements with previous owners. The letter also includes recommendations to strengthen protections against improper revenue-sharing between converted nonprofit institutions and former owners or affiliated entities, and to reconsider regulations that would reduce the threshold for what automatically constitutes a change of ownership requiring Departmental review.