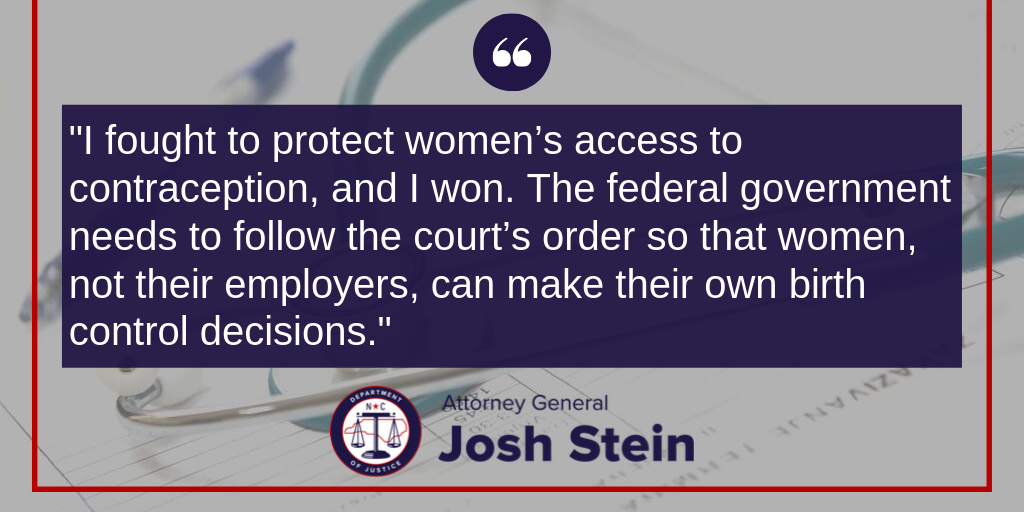 (RALEIGH) Attorney General Josh Stein today urged the federal government to immediately comply with a court-ordered injunction blocking its attempts to strip access to cost-free contraceptive coverage under the Affordable Care Act (ACA). Despite a January injunction, the federal government has not informed the public about the injunction and their continued access to contraceptive coverage.

“I fought to protect women’s access to contraception, and I won,” said Attorney General Josh Stein. “The federal government needs to follow the court’s order so that women, not their employers, can make their own birth control decisions.”

Nearly two million women in North Carolina have benefited from the ACA’s contraceptive coverage requirement. More than 70 percent of North Carolina women aged 18-49 use contraception, including nearly 80 percent who are at risk of unintended pregnancy.