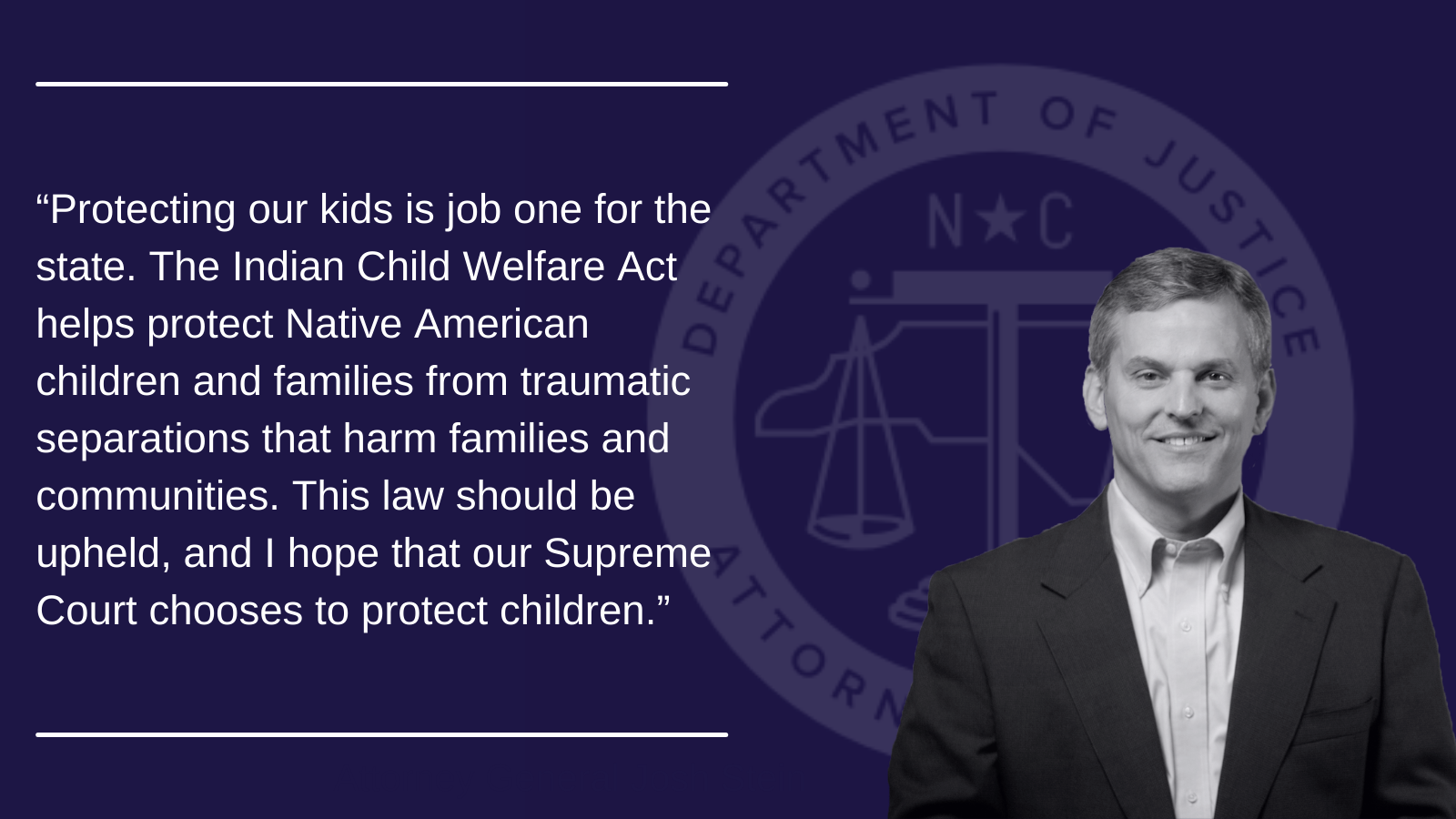 “Protecting our kids is job one for the state,” said Attorney General Josh Stein. “The Indian Child Welfare Act helps protect Native American children and families from traumatic separations that harm families and communities. This law should be upheld, and I hope that our Supreme Court chooses to protect children.”

Congress enacted ICWA in response to a serious and pervasive problem: State and private parties were initiating state child-custody proceedings that removed Native American children from the custody of their parents — often without good cause — and placed them in the custody of non-tribal adoptive and foster homes. That practice not only harmed children, their families, and their tribal communities, but it also posed an existential threat to the continuity and vitality of tribes. To address this, Congress established minimum federal standards governing the removal of Native American children who are members of federally recognized tribes, or eligible for such membership, from their families. ICWA’s provisions safeguard the rights of Native American children, parents, and tribes in state child-custody proceedings, and seek to promote the placement of Native American children with members of their extended families or with other tribal homes. The law’s approach is tailored to the unique status of Native Americans as a separate people with their own political institutions. In the more than four decades since Congress enacted ICWA, the statute has become the foundation of state-tribal relations in the realm of child custody and family services.

In their brief, Attorney General Stein and 23 other bipartisan attorneys general support the federal and tribal parties defending ICWA. The coalition highlights the nation’s long history of removing Native American children from their homes and reiterate that the state should stand up for children’s well-being in state child-custody proceedings. The coalition asserts that the ICWA:

A copy of the amicus brief is available here.