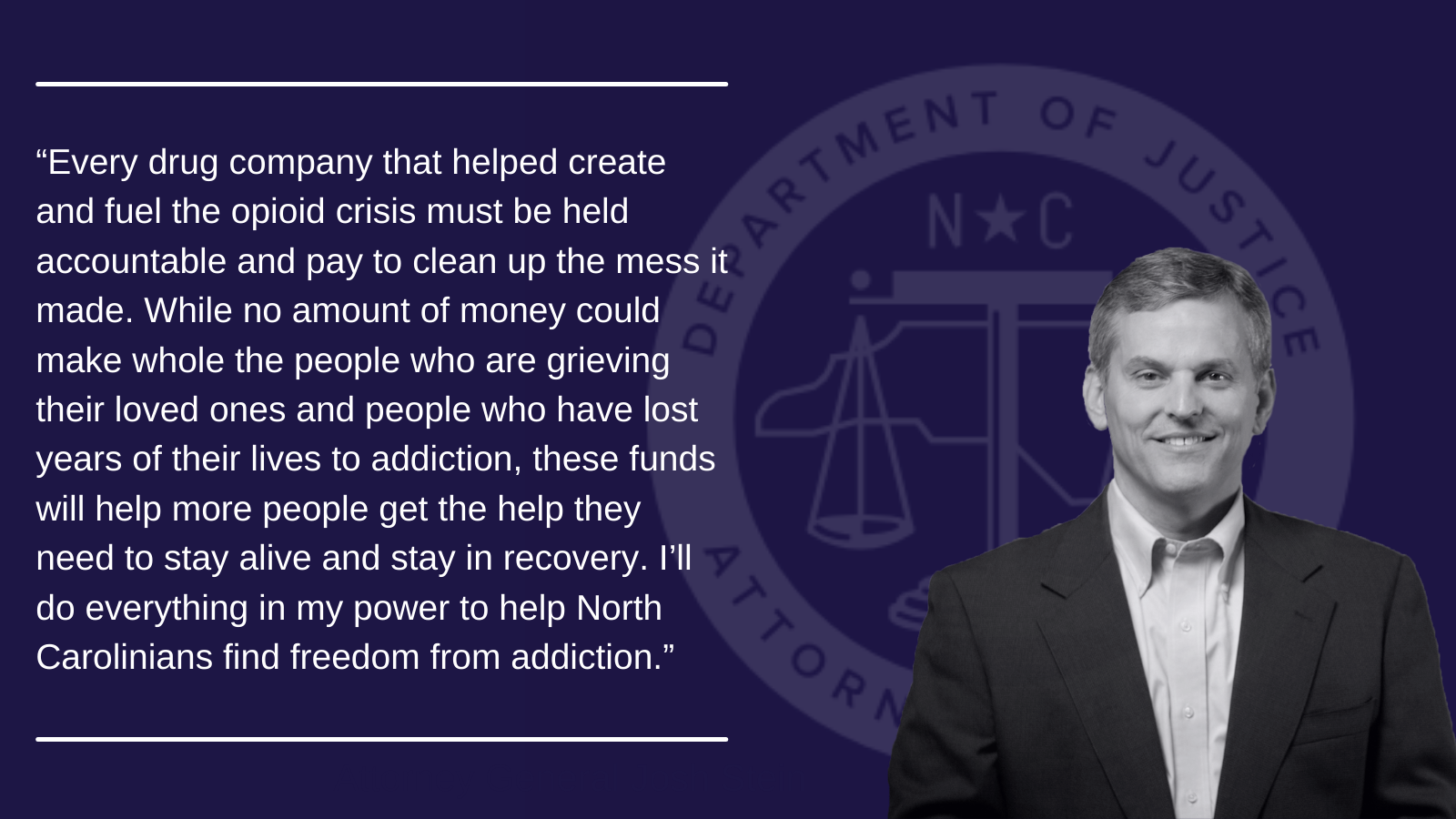 (RALEIGH) Attorney General Josh Stein has reached an agreement in principle with opioid maker Endo International plc and its lenders that would provide up to $450 million to participating states and local governments and ban promotion of Endo’s opioids.

“Every drug company that helped create and fuel the opioid crisis must be held accountable and pay to clean up the mess it made,” said Attorney General Josh Stein. “While no amount of money could make whole the people who are grieving their loved ones and people who have lost years of their lives to addiction, these funds will help more people get the help they need to stay alive and stay in recovery. I’ll do everything in my power to help North Carolinians find freedom from addiction.”

Endo filed for Chapter 11 bankruptcy protection Tuesday night in the Southern District of New York. The agreement in principle resolves allegations that Endo boosted opioid sales using deceptive marketing that downplayed the risk of addiction and overstated the benefits. Endo, an Ireland-based drugmaker with its U.S. headquarters in Malvern, Pennsylvania, makes generic and branded opioids including Percocet and Endocet, and also made Opana ER, which was withdrawn from the market in 2017. The states allege that Endo falsely promoted the benefits of Opana ER’s so-called abuse-deterrent formulation, which did nothing to deter oral abuse and led to deadly outbreaks of hepatitis and HIV due to its widespread abuse via injection.

The resolution, which is contingent on final documentation and Bankruptcy Court approval, will:

In recent weeks, Attorney General Stein has announced two other agreements in principle to address the opioid crisis – a $2.37 billion proposed settlement with Allergan and a $4.25 billion proposed settlement with Teva. In addition to today’s announcement, these agreements would bring more than an additional $7 billion to combat the opioid crisis across the country.