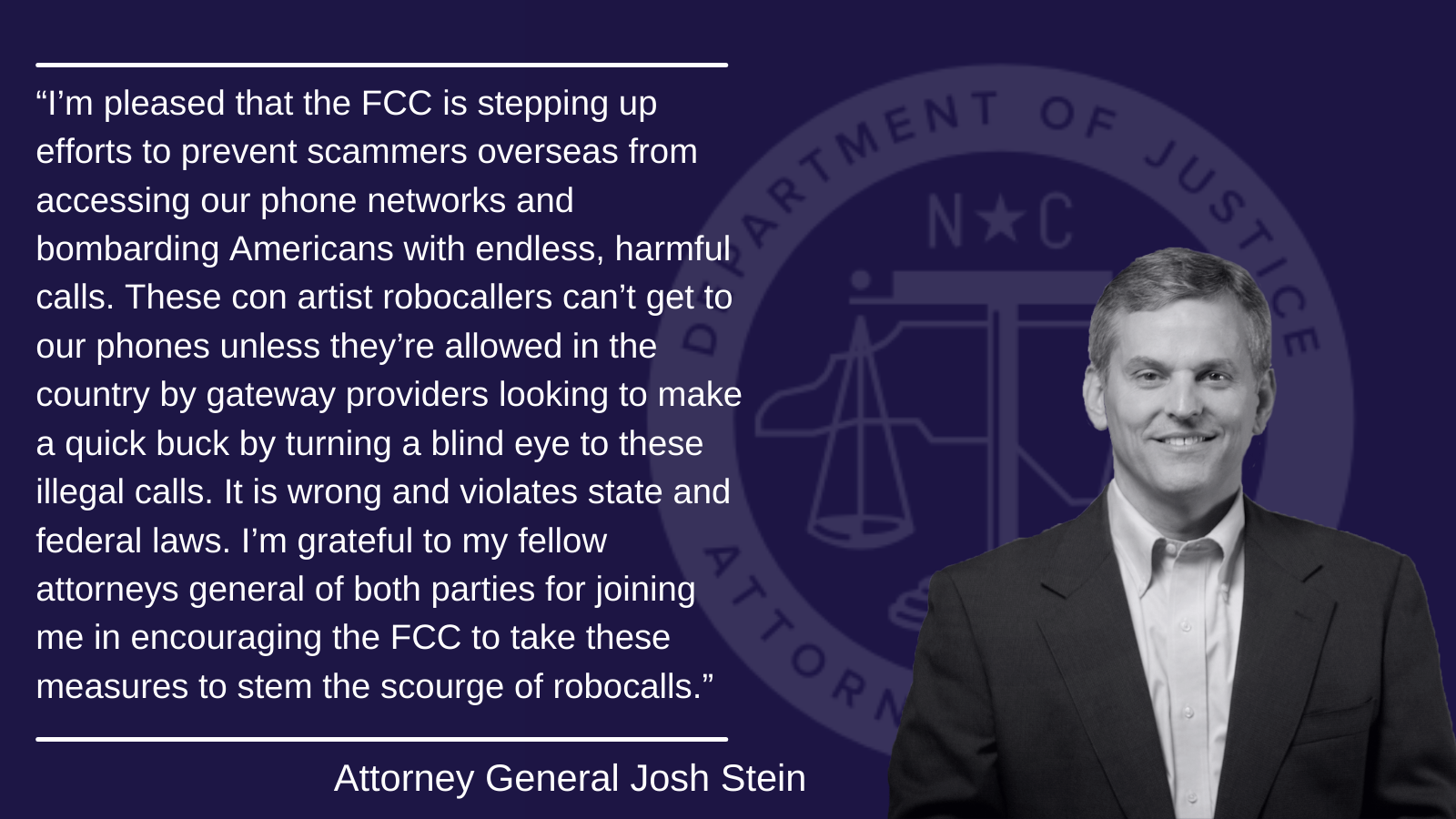 “I’m pleased that the FCC is stepping up efforts to prevent scammers overseas from accessing our phone networks and bombarding Americans with endless, harmful calls,” said Attorney General Josh Stein. “These con artist robocallers can’t get to our phones unless they’re allowed in the country by gateway providers looking to make a quick buck by turning a blind eye to these illegal calls. It is wrong and violates state and federal laws. I’m grateful to my fellow attorneys general of both parties for joining me in encouraging the FCC to take these measures to stem the scourge of robocalls.”