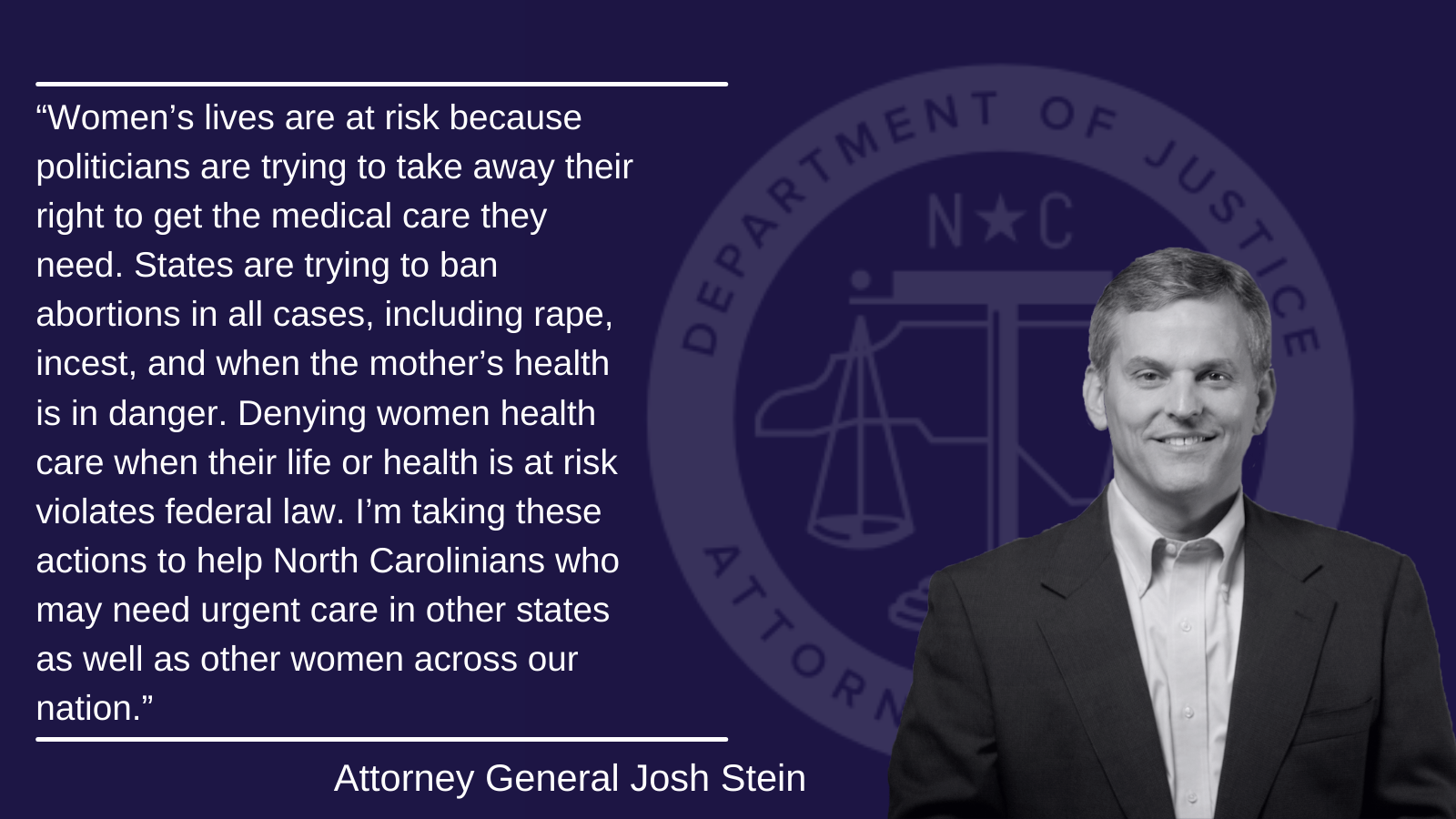 “Women’s lives are at risk because politicians are trying to take away their right to get the medical care they need,” said Attorney General Josh Stein. “States are trying to ban abortions in all cases, including rape, incest, and when the mother’s health is in danger. Denying women health care when their life or health is at risk violates federal law. I’m taking these actions to help North Carolinians who may need urgent care in other states as well as other women across our nation.”

Both briefs deal with the Emergency Medical Treatment and Labor Act (EMTALA), which applies to all hospitals with emergency departments that participate in Medicare, and requires emergency rooms to provide stabilizing treatment to patients with emergency medical conditions.

In Texas v. Becerra, Attorney General Stein supported the federal government’s defense of EMTALA against Texas’ attempt to broadly exempt abortion care from emergency health care. After the Supreme Court’s decision, the U.S. Department of Health and Human Services and the Centers for Medicare and Medicaid Services issued guidance reiterating that hospitals must give all patients with emergency medical conditions the medical care they need, but Texas filed a lawsuit seeking to remove abortion care from the definition of emergency health care. These changes would go against decades of federal guidance and judicial interpretation. Many women seek emergency medical care for conditions related to pregnancies, including ectopic pregnancy, hemorrhage, amniotic fluid embolism, pre-labor rupture of membranes, intrauterine fetal death, and hypertension. The care pregnant patients need might be abortion care, and Attorney General Stein and 20 other attorneys general argue that it must be provided.