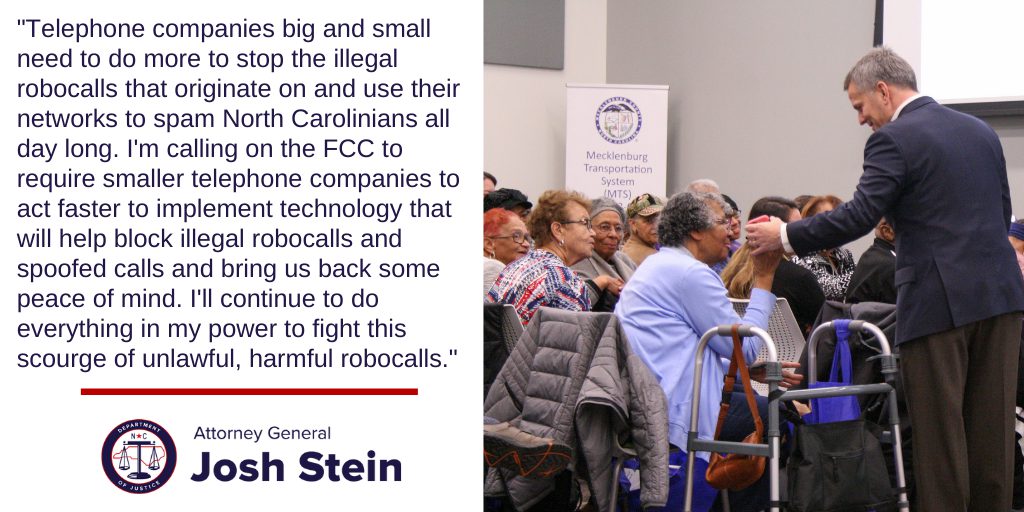 Urges the FCC to Accelerate Deadline for STIR/SHAKEN Adoption

“Telephone companies big and small need to do more to stop the illegal robocalls that originate on and use their networks to spam North Carolinians all day long,” said Attorney General Josh Stein. “I’m calling on the FCC to require smaller telephone companies to act faster to implement technology that will help block illegal robocalls and spoofed calls and bring us back some peace of mind. I’ll continue to do everything in my power to fight this scourge of unlawful, harmful robocalls.”

However, some of the same smaller phone companies that are benefitting from this extension are also responsible for originating or facilitating high volumes of illegal robocalls that spam Americans and lead to financial or personal data loss. And without the STIR/SHAKEN technology in place, these smaller companies are failing to take a necessary step to minimize the continued onslaught of illegally spoofed robocalls that harm residents.

The coalition of attorneys general are asking the FCC to require these companies to implement the STIR/SHAKEN technology as soon as possible and no later than June 30, 2022.