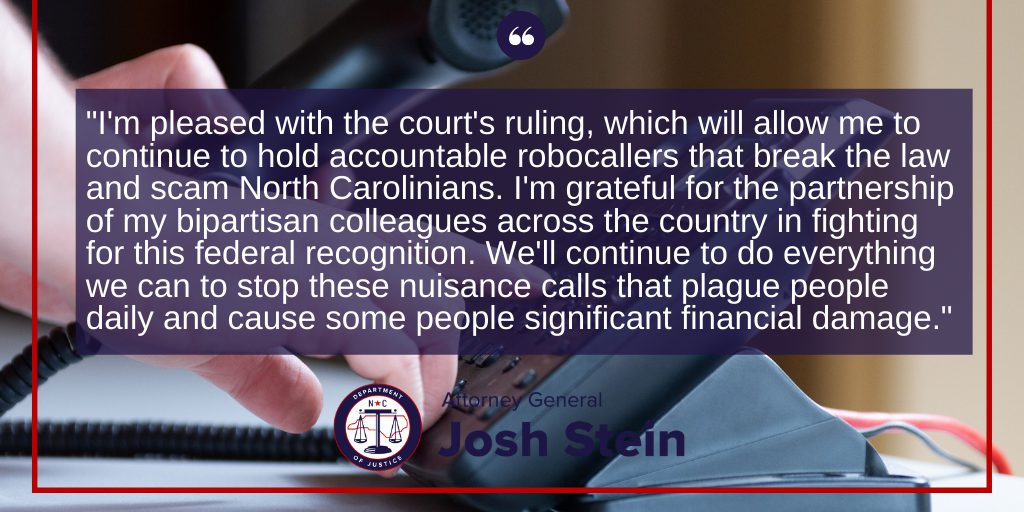 “I’m pleased with the court’s ruling, which will allow me to continue to hold accountable robocallers that break the law and scam North Carolinians,” said Attorney General Josh Stein. “I’m grateful for the partnership of my bipartisan colleagues across the country in fighting for this federal recognition. We’ll continue to do everything we can to stop these nuisance calls that plague people daily and cause some people significant financial damage.”

In 2015, a government debt exception to the TCPA was signed into law. The exception allowed for calls and texts to collect on debts owed or guaranteed to the federal government. But in 2020, the U.S. Supreme Court invalidated that exception and severed it from rest of the TCPA.

Later, a district court determined in Lindenbaum v. Realgy that because a part of the TCPA was struck down and severed from the rest of the legislation, the TCPA was therefore invalid and could not be used to hold robocallers accountable for their actions between 2015 and 2020. Today’s decision reverses that ruling and allows state attorneys general to continue to pursue enforcement actions against robocallers under the TCPA.