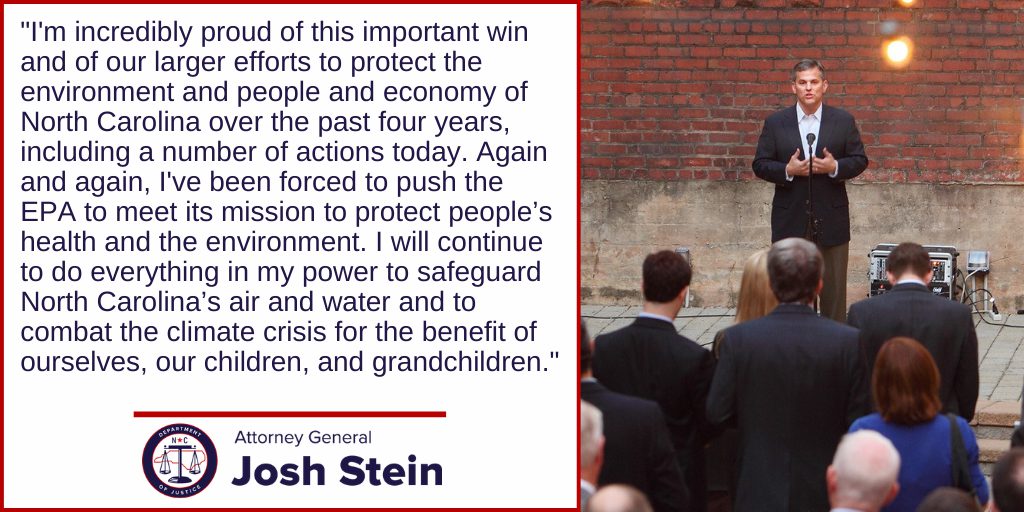 (RALEIGH) Attorney General Josh Stein today released the following statement after an appeals court ruled that the Trump administration broke the law when it repealed and replaced the Clean Power Plan. The Trump administration’s replacement, the Dirty Power Rule, would have allowed more greenhouse gas emissions from power plants. Attorney General Stein is part of a coalition of 23 attorneys general suing the Environmental Protection Agency (EPA) over the rule.

“I’m incredibly proud of this important win and of our larger efforts to protect the environment and people and economy of North Carolina over the past four years, including a number of actions today,” said Attorney General Josh Stein. “Again and again, I’ve been forced to push the EPA to meet its mission to protect people’s health and the environment. I will continue to do everything in my power to safeguard North Carolina’s air and water and to combat the climate crisis for the benefit of ourselves, our children, and grandchildren.”